The Golden Cross is a term used in trend analysis where the short-term moving average (m.a.) crosses upwards past a longer-term m.a.

I have illustrated it in this screenshot using two charts: the first one is a daily chart that covers a period of 12 months where you will see the trendlines for the two moving averages, the second one gives a closer look at the moving averages between September 7 and September 16, in 10-minute periods. 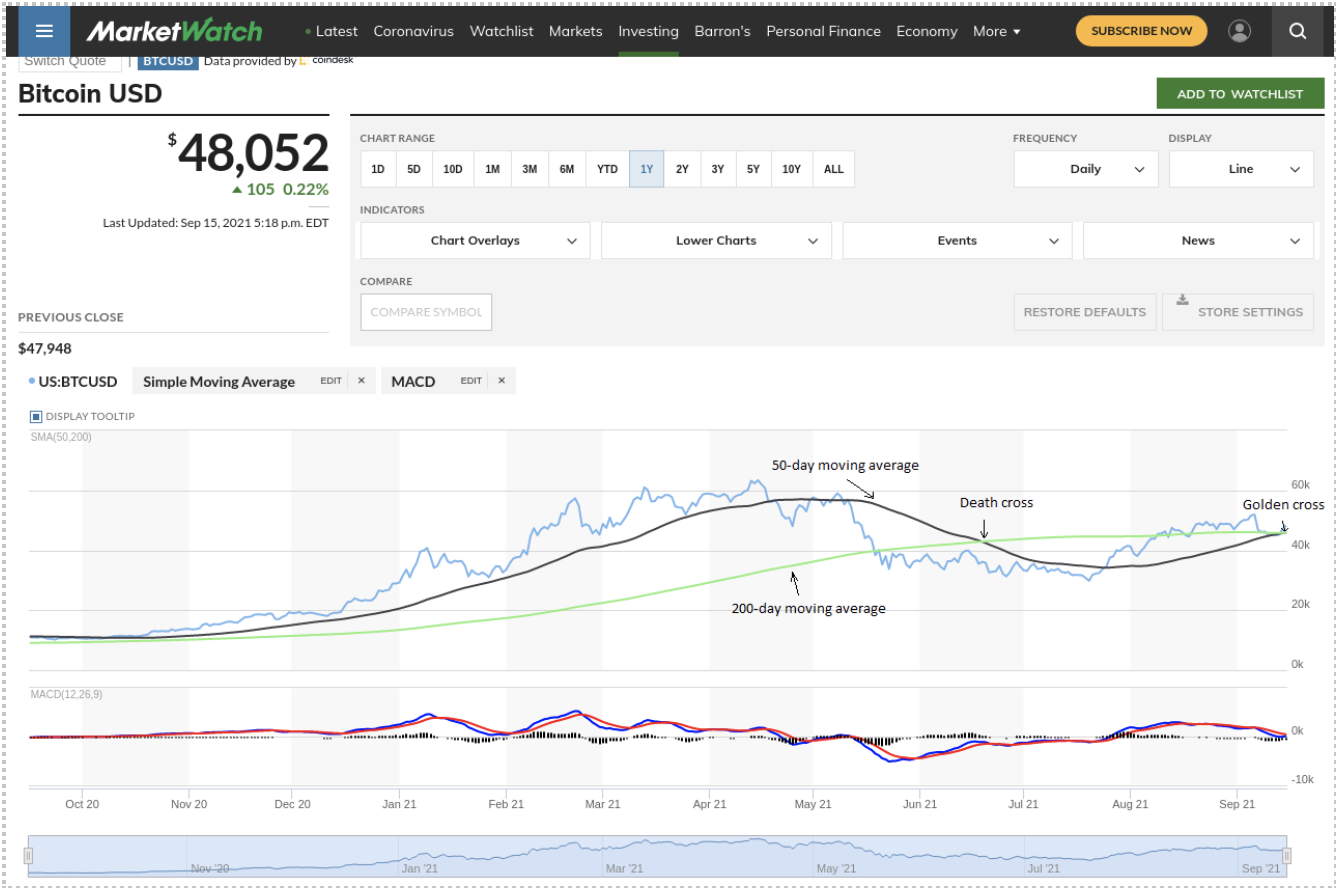 In the first chart, you will see a broad Golden Cross had formed between January and May 2021. As this first chart portrays the bitcoin price over the longer term, it is a stronger Golden Cross still. One other thing to note is the volume which measures the quantity of trades. Rising volume in a Golden Cross confirms the strength or the validity of that Golden Cross. When you consider these factors during that time period, you could safely say we were in bullish territory and would be a buying opportunity. But then, as we got into late May, the short-term m.a. started to dip and get closer to the long term m.a. This is often seen by investors as a selling opportunity. Come the end of June, a Death Cross was made. A Death Cross is the opposite of a Golden Cross. In a Death Cross, the longer-term moving average rises above the shorter-term moving average thus indicating a bear market. 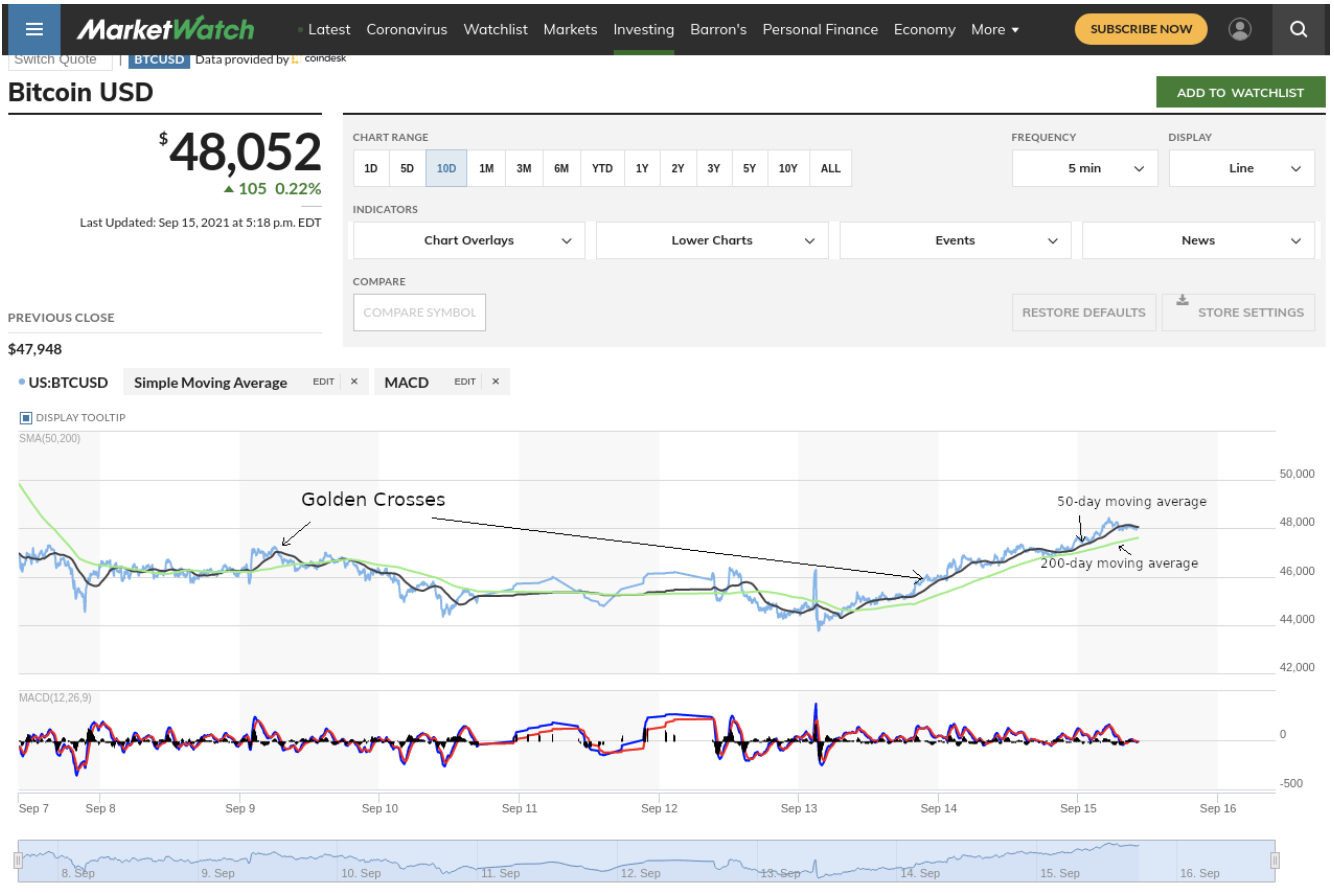 In this second chart, we see a more ambiguous pattern. Golden Crosses have formed but not particularly strong ones. Throughout that period, we see some Death Crosses forming too but not so deep that we would start anticipating a bear market. This is why it is useful to pull up a Daily chart as you will see clearer trajectories over the long term. For Bitcoin, one year is considered a long enough term to see a whole trading cycle: it is possible to see a bull run, a bear run and consolidation take place within one year.

So, this is a Golden Cross from a Bitcoin perspective. The volatility of Bitcoin makes Golden Crosses and Death Crosses more visible along a shorter time frame than such crosses in conventional markets, such as the S&P 500 where, over a five-year period, the 50-day m.a. has been consistently above the 200-day m.a. Its a good illustration into Bitcoin’s volatility but will also show buying opportunities clearly.