From an investor’s point of view, Bitcoin’s price performance may seem lacklustre recently, but it hasn’t affected the Bitcoin Lightning Network’s explosive growth over the past eighteen months.

The Lightning Network, although still in its infancy, is having new uses discovered daily, with astronomical adoption rates for this new technology. And just as the name suggests, Lightning Network transacts lightning fast, at millions of transactions per second, at a fraction of the cost compared to traditional payment rails such as Visa.

In a report dated October 2021, Arcane Research estimates that by 2030, the network could see more than 700 million global users leading to as many as 364 trillion transactions per year. 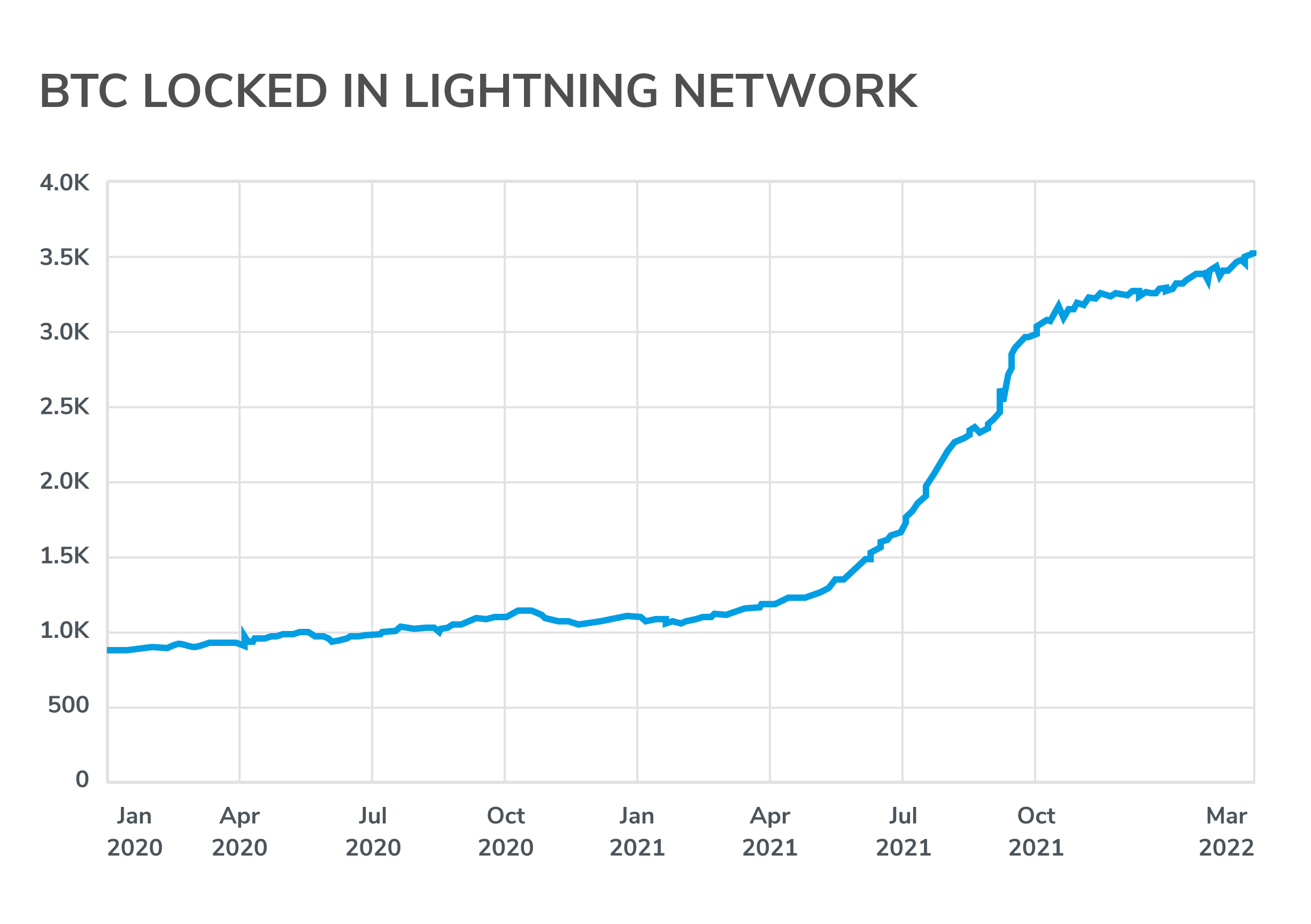 The above chart highlights the network’s exponential growth over the past year: The total locked Bitcoin assets at work on the network has tripled from 1089 to 3500 since last year.

LQwD is capitalizing on this explosive growth by capturing as much market share on the network as possible. We are developing infrastructure and the continuous roll out of Lightning Network nodes worldwide. This widespread reach will lead to an anticipated earning of transaction fees through LQwD’s infrastructure. Follow our growth on 1ml.com.